You'd best _Accio Seat_ for this episode, as we enter the wizarding world of Harry Potter fandom and talk about Potterheads! What's it like growing up along side the object of fandom? Is Young Adult (YA) just for kids? Why do people of all ages love Harry Potter? Whether you're Gryffindor, Hufflepuff, Ravenclaw, or Slytherin, you won't need a Nimbus 2001 to catch this week's episode! Everyone's a fan! Find more like this: [fanthropological.com](http://fanthropological.com) Find us on social media Twitter: [@thenickscast](http://twitter.com/thenickscast) Instagram: [@thenickscast](http://instagram.com/thenickscast) Facebook: [fb.com/thenickscast](http://fb.com/thenickscast) Youtube: [youtube.com/thenickscast](http://youtube.com/thenickscast) Email us about fandoms you want to hear about: [[email protected]](mailto:[email protected]) Play-by-play 00:00 - Cold Open 00:04 - Theme Song 00:31 - Introduction 01:22 - Who are Potterheads? 02:10 - Trivia 21:00 - The work and the fans growing up together 36:35 - YA on the rise and Harry Potter fandom 56:16 - Fans of the week 61:58 - Spotlight: [Harry Potter Alliance](http://www.thehpalliance.org/) & [GeekyCon](http://www.geekycon.com/) 66:19 - Goodbye! Citations ["Political Scholar Studies the Harry Potter Generation"](http://www.metronews.ca/entertainment/2013/08/18/political-scholar-studies-the-harry-potter-generation.html) ["Harry Potter Did Help Shape the Political Culture of a Generation"](http://theconversation.com/harry-potter-did-help-shape-the-political-culture-of-a-generation-29513) ["The Times Plans a Children's Best-Seller List"](http://www.nytimes.com/2000/06/24/books/the-times-plans-a-children-s-best-seller-list.html) ["Warner Brothers' Bullying Ruins Field Family Xmas"](http://www.theregister.co.uk/2000/12/21/warner_brothers_bullying_ruins_field/) ["Warner Bros backs down on Harry Potter Web Site"](http://www.theregister.co.uk/2000/12/15/warner_bros_backs_down/) ["Grave of Real Life Harry Potter Killed 71 Years Ago: A Tourist Attraction for Fans"](http://www.dailymail.co.uk/news/article-1333853/Grave-real-life-Harry-Potter-killed-71-years-ago-A-tourist-attraction-fans.html#ixzz4FKfqbxL3) ["AU Lily and Snape by julvett on DeviantArt"](http://julvett.deviantart.com/art/AU-Lily-and-Snape-318542315) ["Hogwarts Student Maker by Hapuriainen on DeviantArt"](http://hapuriainen.deviantart.com/art/Hogwarts-student-maker-302435099) ["How Ginny Should Have Looked by viria13 on DeviantArt"](http://burdge.deviantart.com/art/how-Ginny-should-have-looked-269991758) ["Harry Potter Chibis + Quotes by ShadowSeason on DeviantArt"](http://shadowseason.deviantart.com/art/Harry-Potter-Chibis-Quotes-243928228) ["#6 Polyjuice Potion y Picolo-kun on DeviantArt"](http://picolo-kun.deviantart.com/art/6-Polyjuice-Potion-565044947) ["Harry Potter and the Childish Adult"](http://www.nytimes.com/2003/07/07/opinion/harry-potter-and-the-childish-adult.html) ["The New Powers That Be: Harry Potter, the Triumph of Fandom, and the Future of Creativity"](http://www.slate.com/articles/arts/the_next_20/2016/09/online_harry_potter_fans_transformed_what_it_means_to_love_a_story.html) ["Pottermania: Harry Potter Tourism, Where the Pilgrims are Adults and ... 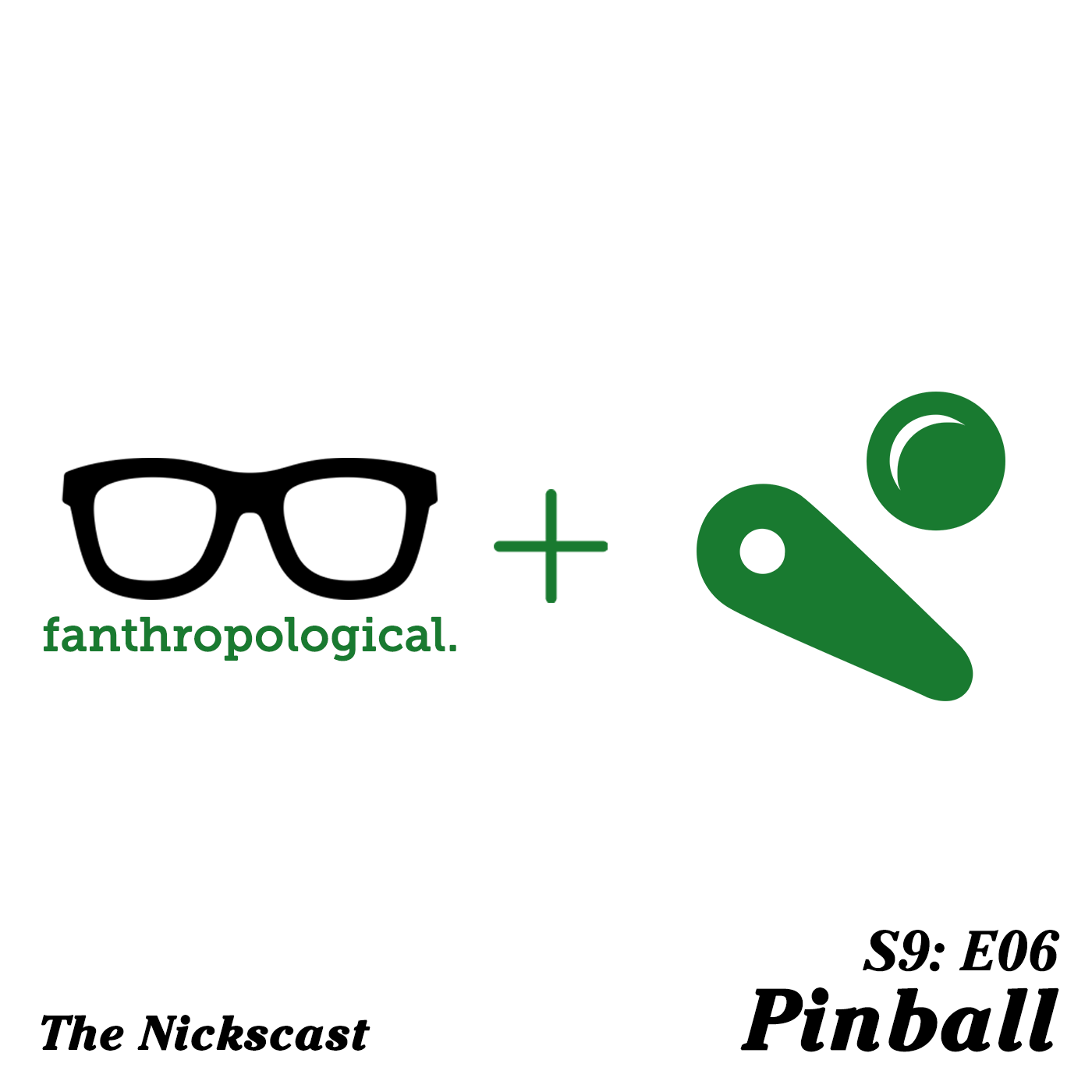 Pinball - Tilting Into The Fandom

Does Pinball really go back to the 1700s? Why the resurgence recently? And is it more about playing, collecting, or building? We've got special guest, Jessica, from the Pinball Podcast to help us out! ## Episode Outline ### Fandom Facts **History and Origins:** > Pinball is a type of arcade game, in which points are scored by a player manipulating one or more steel balls on a play field inside a glass-covered cabinet called a pinball table (or "pinball machine"). The primary objective of the game is to score as many points as possible. Many modern pinball machines include a story line where the player must complete certain objectives in a certain fashion to complete the story, usually earning high scores for different methods of completing the game. Points are earned when the ball strikes different targets on the play field. A drain is situated at the bottom of the play field, partially protected by player-controlled plastic bats called flippers. A game ends after all the balls fall into the drain a certain number of times. Secondary objectives are to maximize the time spent playing (by earning "extra balls" and keeping the ball in play as long as possible) and to earn bonus games (known as "replays"). > — [Wikipedia - Pinball](https://en.wikipedia.org/wiki/Pinball) **Search Data:** Interest in Pinball has been [on the decline since 2004](https://trends.google.com/trends/explore?date=all&q=%2Fm%2F0gfk5), but has been stable since around 2015. However, since pinball has existed in some form since arguable the 1700s or 1800s... this isn't a lot of data to work with. The top ten countries for pinball, by search volume, are as follows: Hungary, France, Chile, Belgium, Croatia, Netherlands, Australia, Serbia, Germany, Uruguay (Canada is 13th, United States is 16th). ### [Last Episode's](https://fanthropological.com/vampirechronicles) Famous ...

*\*various grunting / shouting sounds\** That's right, this week, we're talking about fans of that long-running much beloved Nintendo series: *The Legend of Zelda*! Why are fans so fixated on the timeline, and what is it exactly that reels in fans both new and old? All that and more with this week's special guest, Andy Spiteri of [Zelda Informer](http://www.zeldainformer.com) / [Zelda Dungeon](https://www.zeldadungeon.net)! ...And that's it for this season! We'll be taking a brief holiday break and come back in the new year with all new, exciting episodes about fans and fandoms you've probably never even heard of! Thanks for listening and stay tuned! ## Where can I learn more about Andy? You can learn more about Andy Spiteri through his work at [Zelda Informer](http://www.zeldainformer.com) / [Zelda Dungeon](https://www.zeldadungeon.net)! ## Episode outline ### Fandom Facts **Origins:** > The Legend of Zelda is a high-fantasy action-adventure video game series created by Japanese game designers Shigeru Miyamoto and Takashi Tezuka. It is primarily developed and published by Nintendo, although some portable installments have been outsourced to Capcom, Vanpool and Grezzo. The series' gameplay incorporates elements of action, adventure and puzzle-solving games. > The series centers on Link, the playable character and chief protagonist. Link is often given the task of rescuing Princess Zelda and the kingdom of Hyrule from Ganon, who is the principal antagonist of the series; however, other settings and antagonists have appeared in several titles. The games' plots commonly involve a relic known as the Triforce, a set of three omnipotent golden triangles. The protagonist in each game is usually not the same incarnation of Link, but a few exceptions exist. > Since the original The Legend of Zelda was released in 1986, the series has expanded to include ...