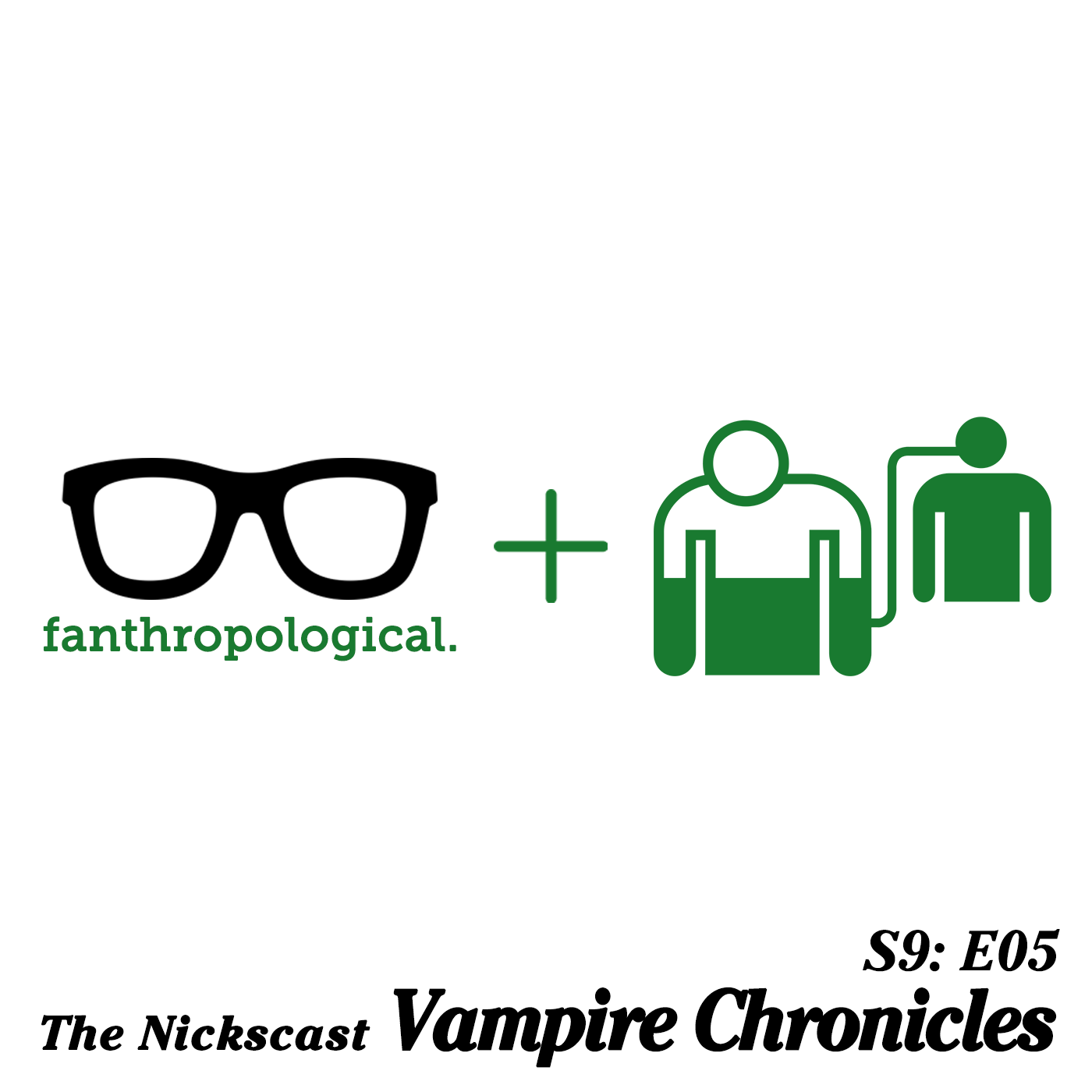 What happens when you take strong subtext, immortal beings, and over forty years of writing? It's not fanfic, but it is a fascinating history of the Vampire Chronicles fandom! **History and Origins:** > The Vampire Chronicles is a series of novels by American writer Anne Rice that revolves around the fictional character Lestat de Lioncourt, a French nobleman turned into a vampire in the 18th century. > > — [Wikipedia - The Vampire Chronicles](https://en.wikipedia.org/wiki/The_Vampire_Chronicles) The book series encompasses 16 separate novels (including crossovers) from 1976 to 2018, and has been adapted into films—Interview with the Vampire in 1994, starring Tom Cruise, Brad Pitt, Antonio Banderas, Christian Slater, and Kirsten Dunst; and The Queen of the Damned in 2002—and as of July 2018, it was announced that a TV series adaptation of the novels is in development by Hulu. **Search Data:** Interest in _The Vampire Chronicles_ [has been on a slow decline since 2004](https://trends.google.com/trends/explore?date=all&q=%2Fm%2F02f5gv,%2Fm%2F02p76f9,%2Fm%2F0mb0). The series enjoyed a small lift in interest around November 2009 which buoyed interest in the series for several years afterwards until July 2018 where interest spiked again (most likely due to the Hulu's announcement). The top ten countries differ slightly depending on whether or not you're looking at the entire series, or _Interview with the Vampire_: - _The Vampire Chronicles_: Spain, Romania, Hungary, Mexico, Chile, Philippines, Uruguay, United States, Poland, Venezuela (Canada is 13th). - _Interview with the Vampire_: Mexico, Russia, Moldova, Belarus, Ukraine, Hungary, Poland, Chile, China, Latvia (United States is 20th, Canada is 23rd). [//2005 Anne Rice Spike - Christ the Lord: Out of Egypt]: # **Fanac Fast Facts:** - Archive of our own has [almost 1000 works related to the Vampire Chronicles](https://archiveofourown.org/tags/Vampire%20Chronicles%20-%20All%20Media%20Types/works) - Top 3 Categories: M/M (657), Gen (215), ...

Raze the land and boil the sea; you can't take this week's podcast from... us? What is it about this _Joss Whedon_ franchise that has survived cancellation and a lack of conclusion? Why is it that so many are such adamant fans of this short-lived series? This week, we're talking about fans of Firefly, the aptly-named _Browncoats_! Next week, we'll be tackling our final topic of the season: Disney fans (and its a doozy)! ## Episode outline ### [Last Episode's](http://fanthropological.com/e/34-james-bond-fans/) Famous Last Words **Tom:** Why do people care about this show? I guess Nathan Fillion is cool... Why do you care so much about it? Get over it! **Z:** What is the place of duelling in the world of firefly? How common is it? **G:** Is it really that good? **T:** Where's the second season? Why hasn't it been kickstarted? ### Fandom Facts **Origins:** > "Firefly" is a space Western set 500 years in the future, in the aftermath of a civil war between rebels known as Independents (or Browncoats) and a tyrannical conglomerate called the Alliance. The Independents lose the war, and under Alliance control, corporations rule openly; > > — [SFGate - When Fox canceled 'Firefly,' it ignited an Internet fan base whose burning desire for more led to 'Serenity'](http://www.sfgate.com/entertainment/article/When-Fox-canceled-Firefly-it-ignited-an-2628890.php) Firefly was a Sci-fi Western show broadcast in 2002. Created by Joss Whedon, only 11 of the 14 recorded episodes were aired in its original US run on the FOX network before the show was cancelled. Due to DVD sales, the show was deemed successful enough to have a movie produced, _Serenity_. It stars several fan favourite actors such as Nathan Fillion, Gina Torres, Alan Tudyk, Morena Baccarin, Adam Baldwin, Jewel Staite, Sean Maher, Summer Glau, and the late Ron ... 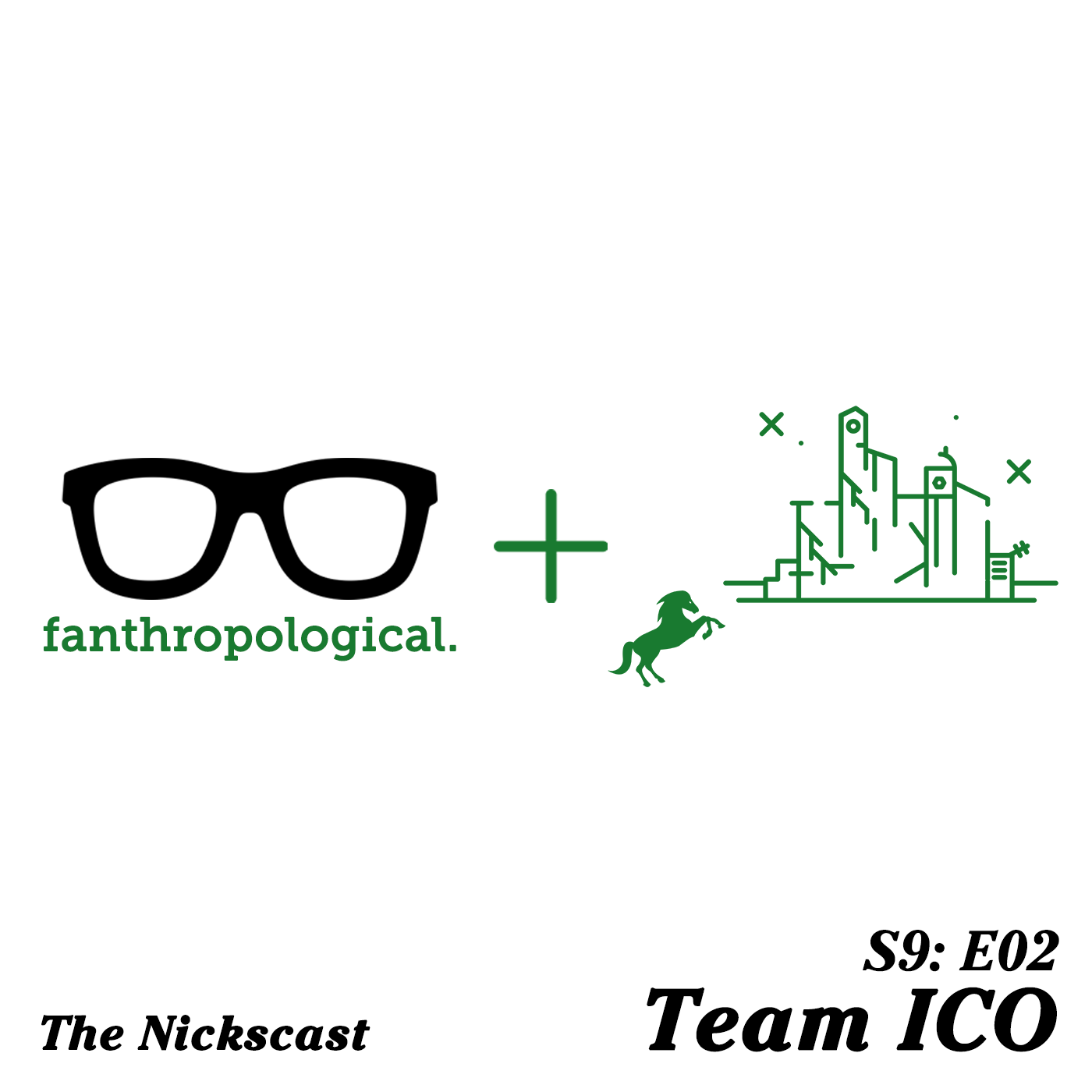 What happens when you find yourself in a beautiful world as a silent protagonist and a non-verbal story? You _might_ end up getting into a "games as art" discussion with a special guest Nick! We're talking about fans of the works of Team ICO (i.e. ICO, Shadow of the Colossus, The Last Guardian)! Fortunately, we have [Nick Suttner](https://twitter.com/nsuttner), author of [the Boss Fight Books book on the subject](https://bossfightbooks.com/products/shadow-of-the-colossus-by-nick-suttner) to help us out! ## Episode Outline ### Fandom Facts **History and Origins:** > Team Ico was a Japanese video game development studio led by game designer Fumito Ueda. It was part of Sony Interactive Entertainment Japan Studio's Product Development Department #1, and had developed the games _Ico_ and _Shadow of the Colossus_, both for the PlayStation 2. The team was also initially responsible for _The Last Guardian_ before Ueda's departure in 2011 and the formation of a new company taking over development in 2014. Their games are usually characterized by minimalist storytelling and gameplay, an atmospheric use of bloom and high dynamic range rendering (HDR) lighting, and use of fictional languages. Their products are frequently cited as examples of video games as an art form. > > — [Wikipedia - Team Ico](https://en.wikipedia.org/wiki/Team_Ico) **Search Data:** Based on worldwide search data, it looks like [the biggest peaks of interest in the games has already passed](https://trends.google.com/trends/explore?date=all&geo=US&q=%2Fm%2F05zht0,%2Fm%2F0h53djf,%2Fm%2F06404g0). _Shadow of the Colossus_ is by far the most popular of the games and has had spikes in interest around October 2005 (its release date) and again in February 2018 (remake of the original). Interest in _The Last Guardian_ similarly spikes around its release date: December 2016. The top ten countries, by search volume, are as follows for the different games: - _Shadow of the Colossus_: Brazil, ...