[// Pregenerate link to episode ahead of time: - clicktotweet.com- sharelinkgenerator.com]: # This week, we don't want to hold down the B button as we talk about fans of retrogaming with special guest, Mike, from Lost Without Translation! Next week, we'll be continuing the feel-good beeps and boops to talk about Chiptunes! ## Where can I learn more about Mike? Mike is an avid collector, but _also_ part of a YouTube channel that reviews and runs retrospectives on games... without an English translation. If you want to check out their work, visit [YouTube.com/lostwithouttranslation](http://youtube.com/lostwithouttranslation)! ## Episode outline ### Fandom Facts **History and Origins:** Retrogaming is the playing or collecting of PC, console, and arcade video games; usually these games are for systems that are obsolete or have been discontinued. To make a distinction, it can broadly be broken into vintage retrogaming (i.e. on the original hardware), emulation retrogaming, and ported retrogaming. Whether or not they go by the name _retrogamers_, _classic gamers_ or _old school gamers_, one thing is clear: there is not a ton of agreement on what constitutes the 'retro' in retrogaming (though the first usages date back to 1997 with the RetroGames video game store, and 1998 with the emulation website retrogames.com). Some commonly used definition include: - Consoles from the 70s, 80s, and 90s - "Anything older than the consoles that came out when I was younger" - "Anything that doesn't work with my TV" - Anything before the 6th generation (e.g. Nintendo Gamecube, Sony Playstation 2) **Search Data:** Based on the [search data](https://trends.google.com/trends/explore?date=all&q=%2Fm%2F07hmmd,%2Fm%2F0c9qyj), interest in Retrogaming has been on the upswing since around October 2012 after generally being on the decline (and in general, dwarfs interest in video game collecting). The most notable spike in interest is probably December 2017 ... 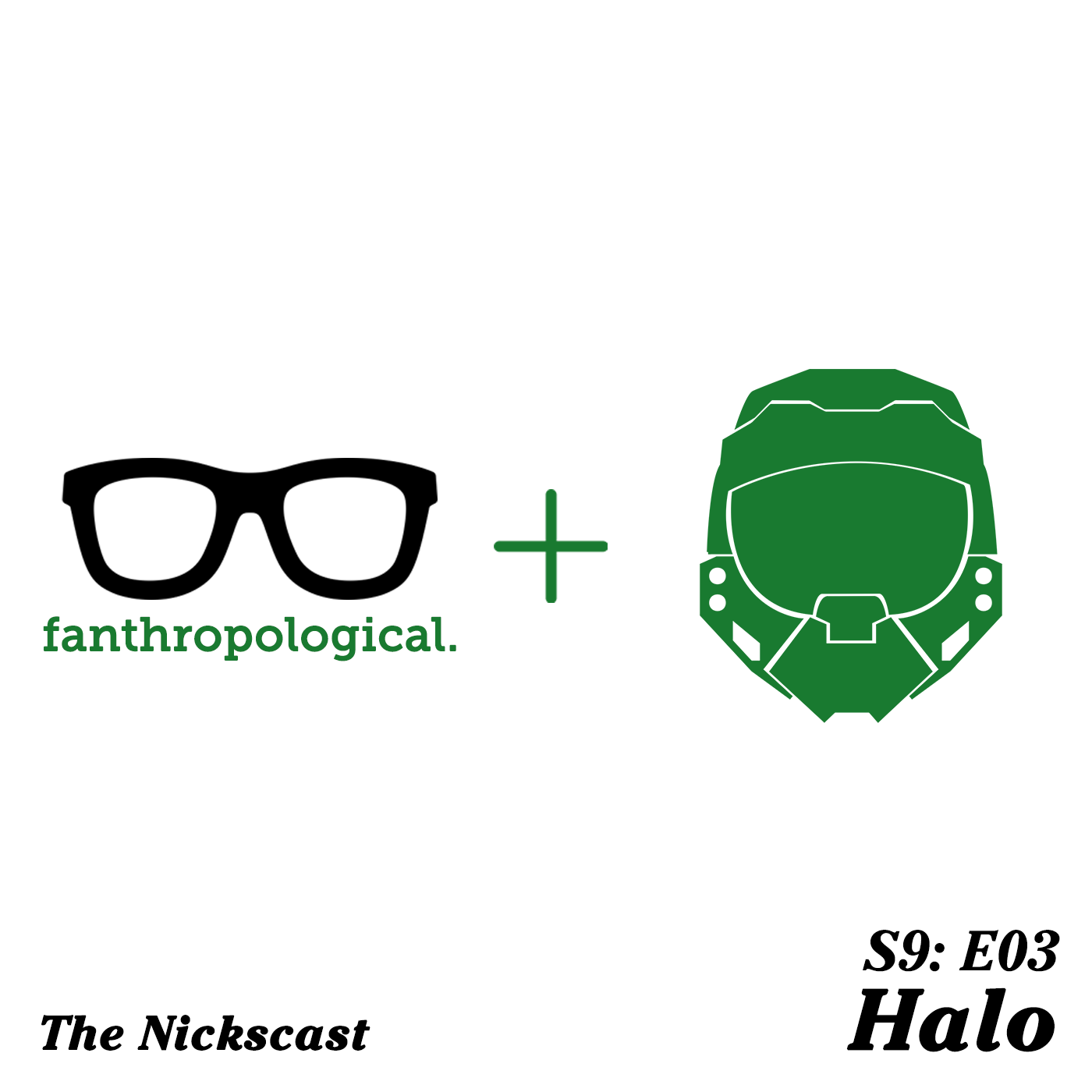 Halo - Hail to the Chief!

When you find yourself in a universe (or franchise) that's constantly expanding, filled with horrifying zombie aliens, a religious war, and ancient alien technology (and even more ancient-er aliens)... it's time to sit back, read a million books, and learn about the lore, universe, and fandom of Halo! ...And we couldn't be in better hands as Krysta of [Halo: Podcast Evolved](https://www.halopodcastevolved.com/) guides us through the vast lore that is in store! ## Episode Outline ### Fandom Facts **History and Origins:** > Halo is a military science fiction first-person shooter video game franchise created by Bungie and now managed and developed by 343 Industries, a subsidiary of Microsoft Studios. The series centers on an interstellar war between humanity and an alliance of aliens known as the Covenant. The Covenant, led by their religious leaders called the Prophets, worship an ancient civilization known as the Forerunners, who perished in combat with the parasitic Flood. The central focus of the franchise builds off the experiences of Master Chief John-117, one of a group of supersoldiers codenamed Spartans, and his artificial intelligence (AI) companion, Cortana. Other characters, such as Noble Six from Halo: Reach, are also introduced in the series. The term "Halo" refers to the Halo Array: a group of immense, habitable, ring-shaped superweapons that were created by the Forerunners to destroy the Flood. They are similar to the Orbitals in Iain M. Banks' Culture novels, and to a lesser degree to author Larry Niven's Ringworld concept. > > — [Wikipedia - Halo (franchise)](https://en.wikipedia.org/wiki/Halo_(franchise)) The game franchise has been running since 2001, and in that time over 65 million copies of the 13 games have been sold, grossing almost $3.4 billion (not counting the books, comics, live action ...

This Nickscast are covering an unfortunately named fandom: TransFans (Transformers fans). What is it about a franchise so tied to toys and the 80s that helps its fandom to grow and thrive today? What is its key demographic? Why did Orson Welles get involved in the Tranformers movie? And where is all the Transformers fanfic? This week, we're going to transform and roll out (to find out)! Next week, we'll be working our way through the mysterious pines to a place thats all sunshine and roses on the outside, but suspicious and enigmatic on the inside; we'll be talking about Twin Peaks fans. ## Episode outline ### [Last episode's](http://fanthropological.com/e/27-sherlockians/) Famous Last Words **Z:** Why did Orson Welles agree to be in this movie? > The Transformers: The Movie was the final film to which Orson Welles contributed. Welles was in declining health during production. Shortly before he died, he told his biographer, Barbara Leaming, "You know what I did this morning? I played the voice of a toy." He elaborated, "I play a planet. I menace somebody called Something-or-other. Then I'm destroyed. My plan to destroy Whoever-it-is is thwarted and I tear myself apart on the screen." According to director Nelson Shin, Welles had been pleased to accept the role after reading the script and had expressed an admiration for animated films > > — [Wikipedia - The Transformers: The Movie](https://en.wikipedia.org/wiki/The_Transformers:_The_Movie) > **Z**: ... I found a reddit AMA ... > **G**: Orson Welles did an AMA?! > **T**: From BEYOND THE GRAVE > It is his enduring legacy, and I guess Citizen Kane or something > > — G **G:** Why was Weird Al's *Dare to be stupid* included in the movie? Who thought that was a good idea? > It ...