Fortnite - Flossing as a Third Space 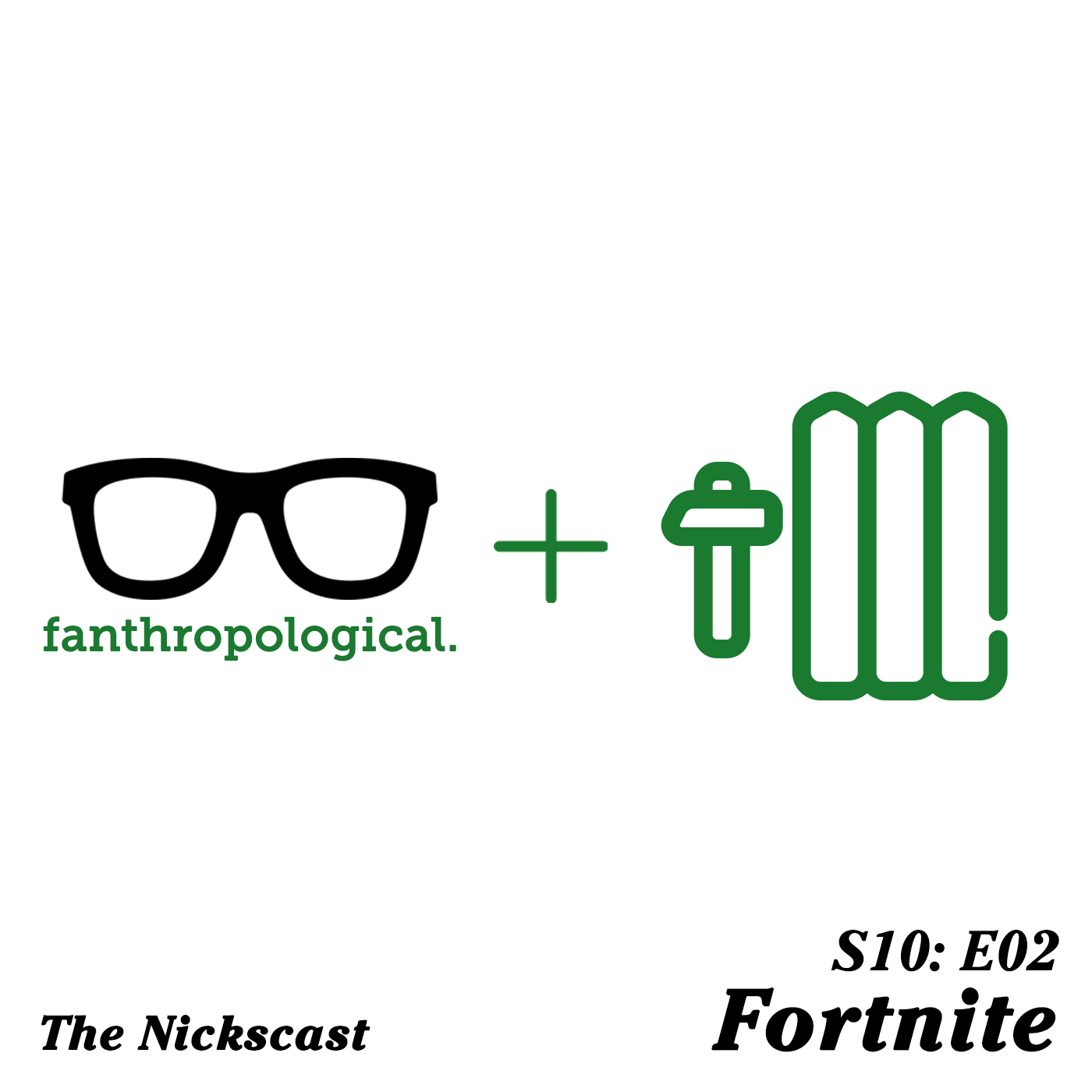 The explosive growth of fortnite is undeniable, but is it because it's the latest battle royale / minecraft mashup, or because it is a place where folks (especially kids) can actually hang out? ## Episode Outline **Topics:** Fortnite, Video Games, Youth Culture, Growing Up, Battle Royale Games, Sandbox Games, Third Space, Society ### First Impressions #### Z: I first encountered Fortnite in some graffiti on a telephone pole outside of a local high school. It simply read "Fortnite Forever," and my first thought was "either that's a new game, or a terrible speller really loves talking about two week spans of time." So my first impression of the fandom was that it's mostly younger people (mostly high school-aged). Also, after running across some youtube videos about the game in my day-to-day, I guessed that It's probably the 2nd big gaming trend to hit the generation that went through elementary school with Minecraft (which was released in 2009,[ popularity peaked July 2013](https://trends.google.com/trends/explore?date=all&geo=US&q=%2Fm%2F09v6kpg) (at which point someone in grade 9 in 2018 would've been in grade 4, which, from my impressions of Minecraft's audience, would be, though maybe on the younger end, within its range)). As per the game itself, my impression is that it's basically PUBG plus building mechanics with a friendly and approachable cartoony style and sense of humour. #### T: To be honest, I didn't think much of it. I'd heard about kids getting addicted to it in schools (and it being highly disruptive in classrooms), and that it was the latest Battle Royale game du jour, and had assumed it was full of a bunch of tweens and teens screaming over voice chat. I was intrigued when I would hear about things like Thanos and "the Meteor" in game… but it all just seemed like a sort of cash-cow milking gamers sort of technique. Especially given that it and PUBG weren't that far apart (and there were lots of games of that ilk showing up around the same time). ### Famous Last Words **G:** People watch The office endlessly in the background; why not Parks and Rec (aka a better show)? **Z:** Is there any 'the office' cosplay? **T:** Like MASH… will the Office stand the test of time? ## Where can you find us? Pretty much everything we do is `something/thenickscast`, but in specific... * If you're looking for this podcast (Fanthropological), you can find it at [Fanthropological.com](https://fanthropological.com) or on different podcatchers including [Spotify](https://open.spotify.com/show/2IVp8MBIUyCqlKyZn79iHn), [Apple Podcasts](https://itunes.apple.com/us/podcast/fanthropological/id1163621210?mt=2), [Google Podcasts](https://www.google.com/podcasts?feed=aHR0cDovL2ZlZWRzLnBvZGlhbnQuY28vZmFudGhyb3BvbG9naWNhbC9yc3MueG1s) and many others! * Keep up-to-date with our latest goings-on on [Facebook](https://facebook.com/thenickscast), [Twitter](https://twitter.com/thenickscast), or [Instagram](https://instagram.com/thenickscast), all `@thenickscast` * We also occasionally create extra content about fandom including convention coverage and interviews on [YouTube.com/thenickscast](https://youtube.com/thenickscast) * We have some fine merchandise available at [shop.thenickscast.com](https://shop.thenickscast.com) (and we'd love your support!) * If all else fails, you can email us: [[email protected]](mailto:[email protected]) ## What is "Fanthropological"? Every week, Fanthropological delivers over an hour of fandom-related "fanalysis" covering a different fandom every week and giving you hard data, history, special guests, and, of course, speculation! We cover topics spanning the gamut of anime, manga, comics, video games, comics, movies, books, television, and, in general, geek culture. ## Credits * All other music and sound for this week's episode were provided by Nick Green!
Previous Episode
Next Episode

Fire up your Pesterchum (or Trollian) folks, this week we're talking about Homestuck fandom! Who are Homestucks? What's the appeal? And why are they...

Star Wars - It's Been a Minute

# Description We hopped back into the Millenium Falcon with Alex Robinson of The Star Wars Minute podcast to get an inside look at...

You find yourself in the not so distant future; it's a place just a bit different, but in ways you hadn't imagined, and its...