This week, we say "anyong haseyo" as we dive into fans of Korean Pop (K-Pop)... in Brazil?? Why is it so popular there, of all places? And what is it about this unique musical style? Is it riding out the Korean Wave?? Next week, our final episode of the season, takes us to fans of something a bit more global: Fans of cosplay! ## Episode outline ### Fandom Facts **Origins:** Korean pop, abbreviated to 'K-pop', is a musical genre that originates in South Korea. The term is often used to describe a modern form of South Korean pop music drawing inspiration from a range of styles and genres around the world. K-pop's origins begin in the late 1980s and early 1990s with groups such as Seo Taiji and Boys being among the earliest in 1992. > The French Institut national de l'audiovisuel defines K-pop as a "fusion of synthesized music, sharp dance routines and fashionable, colorful outfits." ... Songs typically consist of one or a mixture of pop, rock, hip hop, R&B and electronic music genres. > > — [Wikipedia - K-pop](https://en.wikipedia.org/wiki/K-pop) There is also a ton of history about K-pop that relates to Japan, and the West, Korean Culture in general, and even _enka_... but we only have a short time to do the research, so we would highly recommend reading more about it! **Fandom Origins:** Modern K-pop idol culture began with the band H.O.T in 1996, and another generation of fans started with TVXQ and BoA which broke into the neighbouring Japanese market (and the world). However, with the advent of social media and Korean TV shows, K-pop and its fandom may just be a small part of the Korean Wave. **Most Active:** For the first time in _Fanthropological's_ history, the answer to the question "when was this fandom most active" is _now_. Since January 2004, interest in K-pop (using [Google Trends](https://trends.google.com/trends/explore?date=all&q=%2Fm%2F02yh8l) as a proxy) is the highest it has ever been and has been on a huge trend upwards since approximately January 2010. Interest is still rising, those it has been less dramatic of an increase in interest since approximately March 2012 (For reference, _Gangnam Style_ debuted on Youtube in July 2012). **Fandom Demographics:** Thank goodness for fans! The [kpop subreddit has conducted a census](https://www.reddit.com/r/kpop/comments/55g79h/reddit_kpop_census_2016_results/) which gives us an interesting (if rough sense) of the fandom demographics of North American K-pop fans. Based on this data (and that caveat): - Age: The majority of fans are between 18-24 (61.5%), with the next largest group being fans aged 25-34 (20%) and fans aged 13-17 (15.6%) - Gender: The majority of fans from this survey are male (56%) compared to female (42.6%) - Ethnicity: The majority of fans are Asian (46%), Caucasian (44.5%), or Hispanic (8.4%) However, a Master's student, Maur-Anne Griffonnet-Barge, conducted a survey as part of her thesis and may give a [more 'global' dataset](http://beyondhallyu.com/k-pop/what-are-k-pop-fans-like-according-to-this-survey-theyre-actually-pretty-cool/): - Age: The majority are age 19 or younger with a close second being fans age 20-29 - Gender: Differing from the reddit survey, the vast majority identify as female - Ethnicity: The majority of respondents were white, with the next largest group being fans who are Asian. While it is difficult to estimate the number of fans, the Hallyu (Korean Wave) index, [gives a conservative estimate of 35 million "hardcore" fans of Korean Pop Culture worldwide](https://www.quora.com/How-many-Kpop-fans-are-there-in-the-world-divided-into-America-Europa-Asia-Africa-Australia-and-South-America) and there are 60 million registered Hallyu fan club members in 109 countries. Assuming K-pop is a subset of that, it would still put K-pop fans in the millions. **Around the world:** We know that K-pop has gained some popularity around the world, but using the same google trends data, it appears that K-pop is popular in particular in countries such as Brunei, Myanmar, Phillipines, Malaysia, Vietnam, Mongolia, Singapore, Cambodia, Indonesia, and... South Korea. **Fan terms:** - Sasaeng (_private life_): fans who pry into the private lives of K-pop fans and exhibit stalker-like behaviour. Fun fact: "a new law introduced in February 2016 in Korea saw the penalty for stalking rise to around US$17,000 as well a possible two-year jail sentence" ([Wikipedia - K-pop](https://en.wikipedia.org/wiki/K-pop#Culture)) ### [Last Episode's](http://fanthropological.com/e/46-lucha-libre-fans/) Famous Last Words **Z** K-pop is so popular in Brazil ... after door was opened by K-dramas. **G** K-pop is popular in Brazil because of a song or band uses Brazillian rhythms (or that appeal to Brazillian listeners). **T** K-pop became popular in Brazil because of a legal ban that was lifted, and K-pop happened to be popular among that. [// Brazil is hugely multi-ethnic: While the majority identify as white (47.7%), the next largest group identifies as 'Pardo' (brown; Multiracial; 43.1%); Probably owes more to the Korean Wave - The Hallyu Index, the state-funded, annual index measuring the reach of the Korean Wave puts Brazil in the 'minority interest stage' with medium growth. Probably has more to do with US, Britain, and Japan being major exporters of culture and Korea being a newcomer to that arena. As it turns out, there are more Koreans in Brazil than anywhere else in Latin America (about 50 000) and about 1.5 million people of Japanese descent in Brazil... so, a lot of Asian folks and probably Korean Wave ]: # [// https://www.soompi.com/2011/07/08/kpop-in-south-america-why-so-famous/ ]: # ### The Verdict **T is out (but will still listen to K-pop. It's good).** **G is in... and recommends TVXQ's Something.** **Z is in?** ### This week's spotlight **[Reddit K-Pop Census 2017](https://www.reddit.com/r/kpop/comments/756lov/reddit_kpop_census_2017/)** Are you a fan of K-pop? You should take part in the r/k-pop census and be counted! **[Fan Rice](https://en.wikipedia.org/wiki/Fan_rice)** Not so much a charity as a unique K-pop phenomenon where fans donate rice to their favourite artists. Often times, the rice is then donated to a charity of the idol's choice. Apparently, this trend started after Shin Hye-sung's concert on August 11, 2007. > Donating rice indicates that fans take greater social responsibility besides showing their respect and support to their favourite artists. ... > As of 2013, the record of fan rice donated for a celebrity event is held by the fan club of 2PM, where fans from different countries donated 28.088 tonnes of rice for their
Previous Episode
Next Episode

[// Pregenerate link to episode ahead of time: - clicktotweet.com- sharelinkgenerator.com]: # This week, there's no need to use a Phoenix Down because we are ALIVE, and talking about the fans of the Final Fantasy series! The iconic music, characters, stories, costumes... whatever it may be, it has left a lasting mark on the RPG and video game worlds for the decades since its introductions, and we get into all of that with some special guest friends of ours, Dan and Ari! Next week, just in time for [Anime North](http://animenorth.com/), we're talking about fans of Boys' Love with Sarah of the [Feminist Fujoshi](https://feministfujoshi.wordpress.com/)! ## Where can I learn more about Dan and Ari? You might remember Dan and Ari from our [super-cut of Super MAGFest 2018](https://youtu.be/DiJt-4m6qKE?t=4m8s) and his panel on [the music of Final Fantasy](https://youtu.be/sEPn75v-L3M). You can check out more of their work online: _Ari_ - Instagram: [@totallytoastyari](http://instagram.com/totallytoastyari) - Facebook: [facebook.com/totallytoasty](http://facebook.com/totallytoasty) - YouTube: [youtube.com/totallytoastyari](https://www.youtube.com/totallytoastyari) _Dan_ - Instagram: [@musiconthedlo](http://instagram.com/musiconthedlo) - Twitter: [@musiconthedlo](http://twitter.com/musiconthedlo) - YouTube: [youtube.com/musiconthedlo](https://www.youtube.com/musiconthedlo) ## Episode outline ### Fandom Facts **History and Origins:** Final Fantasy is a science fiction and fantasy media franchise owned by Square Enix. Despite having fifteen numbered games, 135 million copies of the various games sold, and well over 40 different sequels, spin-offs, and other properties, the game acquired its moniker in 1987 due to the game designers' belief that Square was going to go bankrupt ([according to Nobuo Uematsu](https://www.wired.com/2009/07/final-fantasy/), composer of many famous _Final Fantasy_ tracks). Though most of the numbered games are stand-alone stories in different settings with different characters, there are many recurring plot themes, game mechanics, and character names (e.g. Plots center on a group of heroes battling a great evil while exploring the characters' internal struggles and relationships). **Search Data:** The Final Fantasy series has had a ... 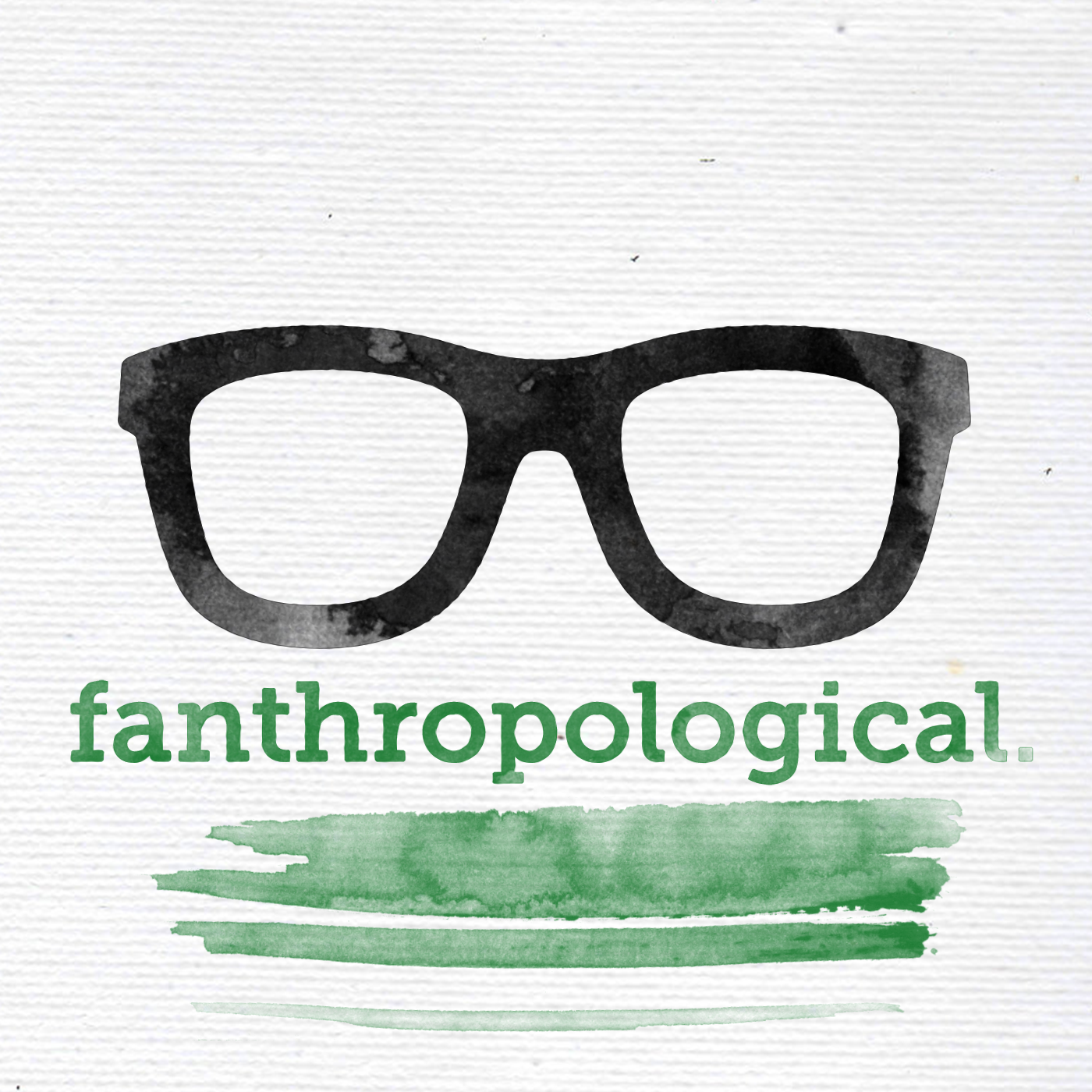 Do fans need to meet face-to-face?

With the world in the middle of a global pandemic, it’s time to try to answer the question, as fans, do we _need_ to meet face to face? While it goes without saying that we don’t _have_ to meet face to face… how does that change the wide world of fandom? In particular, we talk about: * The limitations of online communication, including the role that conventions and other events play in creating semi-private spaces? * How different forms of communication use different bandwidth, or more specifically how fan events have different levels of expectation of interaction * How the veil of anonymity changes fandom, in the online world _but_ how it also makes things more accessible And more! All in under thirty minutes. ## Episode Outline **Topics:** In-person communication not required; zines, newsgroups, and mailing lists (oh my); the multitude of tools available for online communication; how we identify other fans and how that changes in the online world; how meeting in person makes fandom experiences more real; how online / offline events and the distinction between public and private spaces; online spaces and accessibility; anonymity and the internet; in-person events and vulnerability. ## Where can I get updates? If you want to follow us on social media, we’ve got you covered: * Facebook: [facebook.com/fanthropological](https://facebook.com/fanthropological) * Twitter: [@fanthropologic](https://twitter.com/fanthropologic) And of course, we can be found where all fine podcasts are found (e.g. [Spotify](https://open.spotify.com/show/2IVp8MBIUyCqlKyZn79iHn), [Apple Podcasts](https://itunes.apple.com/us/podcast/fanthropological/id1163621210?mt=2), [Google Podcasts](https://www.google.com/podcasts?feed=aHR0cDovL2ZlZWRzLnBvZGlhbnQuY28vZmFudGhyb3BvbG9naWNhbC9yc3MueG1s)). Oh, and here at [fanthropological.com](https://fanthropological.com) ## Special Announcement: Livestream for the Cure 4 The 4th Annual Livestream for the Cure (or the Livestream 4 the Cure?) has been scheduled for FORTY-EIGHT HOURS from May 28th thru the 31st, with a small four hour kick-off event ...

[// Pregenerate link to episode ahead of time: - clicktotweet.com- sharelinkgenerator.com]: # This week, we're talking about the who, what, and why of Chiptunes! A few parts music theory, a few parts video games, and a lot of speculation! Next week, Nier, far, wherever you are, we know that your heart will be... drifting out in space, ready to take down aliens? We'll be talking about the Nier series! ## Episode outline ### Fandom Facts **History and Origins:** Chiptune (also known as chip music or 8-bit music) is a style of synthesized electronic music which is made for a programmable sound generator (PSG) though the term is also often used for music made in the _tracker_ format, which is intended to sound like PSG-created music. This music is often composed from 'simple' wave forms such as pulse waves, square waves, triangle waves, and sawtooth waves. Although real-time synthesized has been possible since as early as 1951, it wasn't until the golden age of video arcade games (late 70s and early 80s) that chiptune music began to appear in video games (and by extension, reach the masses). Of particular note, artists such as Yello Magic Orchestra had started sampling video game music in the late 70s which had a major influence on music that would later come in the 8- and 16-bit eras. Various advances in computing, such as frequency modulation synthesis (FM synthesis), MIDI, and sample-based sound synthesis furthered chiptune music up until the end of the 1980s where chiptune music declined in popularity until a resurgence in interest in the mid-2000s with mainstream music leveraging the artform again (for example, _Girl_ by Beck, or _On Top_ by the Killers). We could likely have a whole episode ...