Fanthropological
#31 - Lord of the Rings Fans 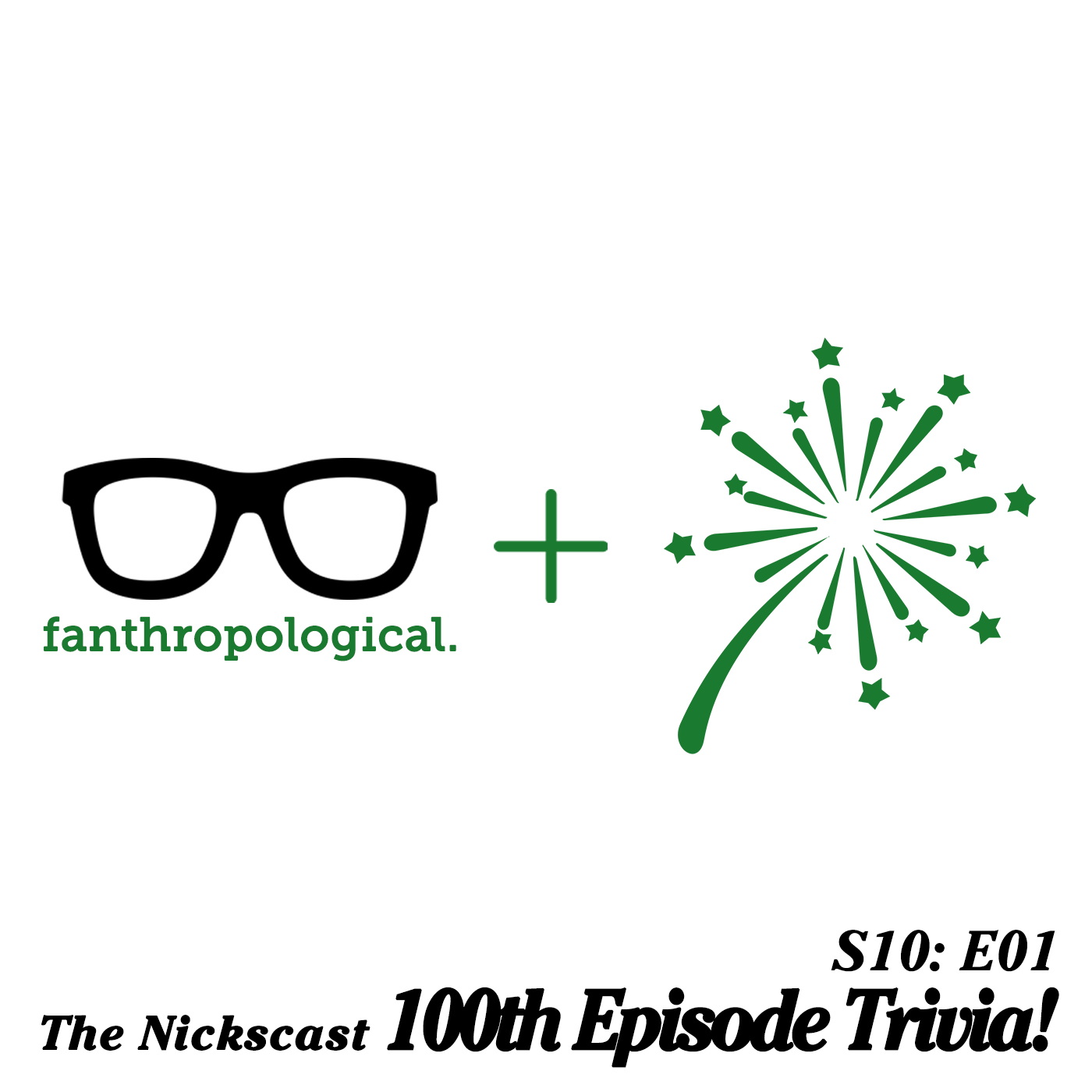 Fire up your Pesterchum (or Trollian) folks, this week we're talking about Homestuck fandom! Who are Homestucks? What's the appeal? And why are they (literally) trolls? There's no gigapause this week as we start our SBURB session! Everyone's a fan! Want to see more awesome fandom content? [Become a Patron on Patreon!](http://patreon.com/thenickscast) Find more like this: [fanthropological.com](http://fanthropological.com) Find us on social media Twitter: [@thenickscast](http://twitter.com/thenickscast) Instagram: [@thenickscast](http://instagram.com/thenickscast) Facebook: [fb.com/thenickscast](http://fb.com/thenickscast) Youtube: [youtube.com/thenickscast](http://youtube.com/thenickscast) Email us about fandoms you want to hear about: [[email protected]](mailto:[email protected]) Play-by-play 00:07 - Theme Song 00:26 - Introduction 01:30 - Who are Homestucks? 02:09 - Special Guest Introduction: Soph! 03:02 - Trivia 08:14 - Why are people Homestucks? 30:45 - Homestuck and other fandoms 56:43 - Fans of the week 1:03:27 - Spotlight: [Otaking77077](https://www.patreon.com/otaking77077) (via [Kotaku](http://kotaku.com/one-guy-is-making-his-own-street-fighter-movie-1791140485)) 1:04:52 - Where can I learn more about Fanthropological / The Nickscast 1:06:45 - Where can I find more of Soph's work? [Tumblr](http://sofa-cushion.tumblr.com/) and [DeviantArt](http://sofa-cushion.deviantart.com/) 1:08:07 - Outtakes Citations ["A Noob's Guide to Homestuck"](http://observer.com/2012/09/a-noobs-guide-to-homestuck-the-favorite-webcomic-of-internetty-teens-everywhere/) ["Metatext of Doom"](http://www.hoodedutilitarian.com/2012/07/metatext-of-doom/) ["When fandoms collide: The present and future of anime cons"](http://www.dailydot.com/fandom/anime-boston-conventions-multi-fandom-homestuck/) ["The Bright side of Homestuck fandom"](http://homestuckfansgood.tumblr.com/post/27273200575/guys-i-just-realized-why-the-homestuck-fandom-is) ["What is Homestuck and why is it considered annoying"](https://www.reddit.com/r/OutOfTheLoop/comments/1pr3ym/what_is_homestuck_and_why_is_the_fandom/) ["How did Homestuck get a bad rap"](https://theninjagang.wordpress.com/2013/05/15/how-did-homestuck-get-a-bad-rep/) ["Homestuck Horror Stories"](http://homestuckstories.tumblr.com/) ["Fate of the MSPA Forums"](http://omegaupdate.freeforums.net/thread/27/fate-mspa-forums) ["Inside the strange, brave new world of Homestuck"](http://www.dailydot.com/society/inside-webcomic-homestuck-guide-interviews/) ["What the Fuck is Homestuck!?"](https://what-the-fuck-is-homestuck.tumblr.com/) ["Homestuck fan prepare for webcomic release"](http://thetartan.org/2011/10/17/pillbox/comics) ["Stuck on Homestuck: How Andrew Hussie Turned a Tumblr Craze Into a Teenage Empire"](https://web.archive.org/web/20121005192003/http://betabeat.com/2012/10/tumblr-andrew-hussie-homestuck-kickstarter-game-adventure-text-teens-young-adult) ["Homestuck is the First Great Work of Internet Fiction"](http://www.tor.com/2012/09/18/homestuck-is-the-first-great-work-of-internet-fiction/) ["Wikipedia - Homestuck"](https://en.wikipedia.org/wiki/Homestuck) ["Fanlore - Homestuck"](http://fanlore.org/wiki/Homestuck) ["Mayor of Meme Town"](http://captchalogue.livejournal.com/) ["Homesmut"](http://homesmut.dreamwidth.org/) ["Home | Omegaupdate"](http://omegaupdate.freeforums.net/) ["Listen to This: 20 of the Best 'Homestuck' Songs in Honor of its Ending"](http://move.themaneater.com/stories/2016/6/12/listen-20-best-homestuck-songs-honor-its-ending/#.WHhMDt9idOA) ["'Hiveswap' and the Tenacity of Fandom"](http://www.popmatters.com/post/hiveswap-and-the-tenacity-of-fandom2/) ["Homestuck Fans Want You ...

The Nickscast wanders down a gritty alleyway, away from the bright lights and ads to jack-in to their terminals to talk about fans of cyberpunk! Is cyberpunk still relevant to today? What happened to it all? What does it mean for a work to be cyberpunk (vs transhuman) and what does it mean to be a fan of something so broad as a genre? We find out! Next week, we'll be having a special-guest friend (and fellow Nick) join us as we talk about fans of movies, cinephiles! ## Episode outline ### Fandom Facts **Origins:** Cyberpunk is a sub-genre of science fiction, and, as such, is hard to pin down in terms of a fandom. Sometimes it is an element of a work, and other times it is merely an aesthetic. > In the 1980s, authors like William Gibson and Bruce Sterling wrote dystopian novels set 20 Minutes into the Future, where they explored themes such as the impact of modern technology on everyday life, the rise of the global datasphere as an arena for communication, commerce, conflict, and crime, and invasive cybernetic body modifications. The heroes of these in dark and cynical stories were marginalized, disillusioned, and rebellious "punks" striving for survival against overwhelming odds, often futilely, in corrupt megacities and surreal cyberspace realms. Bruce Bethke called this Cyberpunk, and it was good. > > — [TVTropes - Punk Punk](http://tvtropes.org/pmwiki/pmwiki.php/Main/PunkPunk) It is often referred to as "a combination of lowlife and high tech". > There is no shortage of different definitions of cyberpunk > > — T Some examples of cyberpunk (or post-cyberpunk) works include: - Blade Runner - Ghost in the Shell - Neuromancer - Deus Ex - Bubblegum Crisis - Cowboy Bebop - Psycho-pass **Most Active:** According to this [analysis of novels and movies released each year ...